Before starting plant spirit medicine treatments I felt very fragile and I was struggling with anxiety, grief and health issues that seemed overwhelming. In less than a year the treatments have dissolved my fears, leaving me confident, strong and whole again. I have been amazed at the depth and speed of my healing. It has been the best investment in my health I could have made - I just wish I had discovered plant spirit medicine, and Phil, sooner.

"When we relate to plants in a spiritual way it unlocks a potential for healing far beyond any pure chemical effect.”

In our modern world we like to know outcomes in advance and we have come to expect quick results. Plant spirit medicine is different and is best understood through experience. It takes patience and requires commitment.

Working together in this way helps support you to move into the dream of nature; of joy, balance, harmony and healthy relationship with the world.

The initial consultation is up to 2 hours long and allows us to explore all aspects of your life as well as a review of your systems based on the Five Element tradition. This time together assists in developing a treatment plan for you and determining what plants are best suited for your needs.

Each subsequent consultation then typically lasts 45-60 minutes. As a general rule, treatments are initially spaced 5-7 days apart. Once an appropriate foundation is laid, the frequency of treatments is gradually reduced.

My training taught me to listen to your symptoms as messengers of underlying imbalances in your system. Over time, as balance is restored and a strong foundation is laid, symptoms often start to resolve. However, because everyone is unique, it is often very difficult to predict in advance how this process will occur.

There is no typical response when receiving a plant spirit medicine treatment. Some people may feel more relaxed and peaceful while others may feel more energised. For the best results it is important to allow yourself time after your first healing treatments.

In modern times we have come to expect quick fixes and instant results. Yet true healing requires addressing the source of the imbalance by patiently and consistently providing the medicine you need.

How many treatments will I need?

Plants work at the pace of nature, and for lasting results this process cannot be rushed. It takes time for the soil to be prepared with the suitable nutrients, time for the seed to germinate, time for the seedling to grow and time for it to come into bloom. This medicine sets the appropriate conditions for our healing, bringing balance and healing in the proper time.

This medicine values your uniqueness and so it is difficult to prescribe a set number of sessions. However it is common to receive one session a week for 6-10 weeks. As balance is restored treatments can then be gradually spread out. After this amount of time we are in a better position to be able to determine what to expect for your healing and well-being.

What do treatments cost?

My standard fees are:

I appreciate that not everyone is in a financial position to be able to afford this medicine, especially in the initial period when treatments are more frequent. If this is the case for you we can make arrangements that suit your situation.

The plant spirit medicine training course is a serious course of study spread over two years.

The curriculum includes areas of study such as:

Once the required course work and self-study has been completed, the student healer presents clients to lead treatments under the guidance of their teachers. Upon graduation the real learning begins. As the new healer starts working with their own clients, a clinical consultant provides support for six months.

After completing the clinical requirements students are inducted as a lay spiritual healer in the Temple of Sacred Fire Healing and gains membership in the Plant Spirit Medicine Association.

Lay spiritual healers continue their education, and maintain and improve their skills through a program of continuous professional development.

Eliot Cowan trained as a Five Element Acupuncturist with the late JR Worsley in the 1970’s, in England. With Professor Worsley’s encouragement, Eliot rediscovered the ancient practice of working with plant sprits for healing.

During this time Eliot also undertook an apprenticeship with the Huichol in North West Mexico and is now recognised as a tsaurririkame (elder shaman and community leader) in the Huichol tradition. In the 1990’s Eliot wrote the book Plant Spirit Medicine. 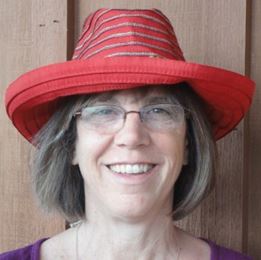 Alison Gayek studied with Eliot in the late 1990’s and has been teaching plant spirit medicine since 2002.

Alison has continued her healing work through various pilgrimages with Eliot Cowan and David Wiley. She is a Granicera, a Weather Shaman, in the Nahua tradition indigenous to Central Mexico.

True healing requires addressing the sources of the imbalance